This month, as we’re torn between celebrating and wanting to start fresh, healthy new years, I wanted to quickly share my favorite hangover remedy. I learned it in bartending school, and with all the celebrating for New Year’s Eve, the sale of my first novel, and a milestone birthday coming up fast, I have had – and God willing, will continue to have – lots of reasons to use it.

According to my bartending instructor, who is wise indeed, much of the unpleasantness that comes with the standard hangover is caused by dehydration and low blood sugar. Repairing the consequences of our actions, then, is really about getting hydrated again and restoring something close to normal blood sugar levels. It’s all about the pre-planning.

Step One: Before you go out, buy yourself a couple of packets of Kool-Aid. Prepare it according to the instructions, but put in just a tiny bit more sugar than required. I use hot water to dissolve the Kool-Aid and the sugar faster. It’s going to be in the fridge all night long anyway.

Step Two: Put the Kool-Aid in the fridge. Then go out and drink as usual. Cheers!

Step Three: Come home. Or at least to the place where the Kool-Aid is. You’re going to need it kind of soon.

Step Four: Go to bed. If you did this right, it should be late.

Step Five: When you get up for the first time to use the bathroom, drink a nice tall glass of the Kool-Aid. Then go back to bed.

Step Six: The next time you get up, you should feel a lot better. You may not even feel hung over. If this is not the case, and you still feel a little used up, repeat Step Five.

Step Seven: You really ought to feel better when you get up again. If you need three glasses of Kool-Aid, there’s a chance you’ve got alcohol poisoning, and you should behave accordingly.

A couple of quick words about the Kool-Aid cure.

I prefer to use actual Kool-Aid, made with actual sugar, rather than my usual bar standby, Crystal Light lemonade. You need the sugar to get the job done. Don’t use iced tea – the caffeine isn’t doing you any hangover favors. Kool-Aid is uncomplicated and cheap, plus there’s some nostalgia value, right? My bartending sensei said sugar water will work just fine if you don’t have Kool-Aid, but I don’t think of sugar water as a beverage. If I don’t finish all the Kool-Aid, I can always have it with dinner later. What are you going to do with a pitcher of sugar water?

Neighbors, get your Kool-Aid on! May you have many occasions to drink it. 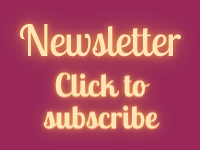