I’m writing this on Tuesday night, to run on Thursday morning. It’s possible you’ve retracted your position with regard to the Volkswagen Super Bowl ad by now. If you have, you should disregard the remainder of this letter.

If you haven’t, I urge you to reconsider your position. I read the posts on your blog about Lance Armstrong’s Oprah interview and about Coke’s anti-obesity message. I’m actually curious to see what you’ve got to say about Helen Gurley Brown. The two posts I read are sharp and insightful, and all of this makes your position on this Volkswagen ad harder to understand.

Shortly thereafter, you made reference to a “black accent.” What, precisely, is a black accent? Certainly you do not mean to suggest that all black people employ the same “accent,” dialect, or cultural speech pattern. That really would be offensive. I’m also hoping that you’re not suggesting the Jamaican accent – which is actually what we’re hearing, Ms. Lippert – is the exclusive province of black people. I’m pretty well versed in what Jamaicans sound like; my mother is Jamaican. She is black. My great-grandfather was Chinese. My grandfather spent his Jamaican youth with white, Indian and Asian Jamaicans. I’ve had the privilege of meeting many of them, as well as my mother’s equally diverse childhood friends and babysitters. They all sound like the guy in the commercial.

I want to make sure I’m being clear here. The last time I was in Jamaica, maybe five years ago, I met quite a few people who were not black but who spoke with precisely the same Jamaican accent as the guy in the commercial. It is not a “black accent,” Ms. Lippert. It is a Jamaican accent.

To me, a half-Jamaican, it’s a sound that speaks to equal measures of hard work and good times. It speaks of the slower pace of island life and the conviction to live in the present moment, to live fully, if not intensely.

It is a hell of a lot more than “black people are happy.”

I would also refer you to a series of Volkswagen ads in which a Swedish actor portrays a German engineer devoted to “un-pimping” people’s cars in the style of the then-popular MTV show, Pimp My Ride. In these ads, the engineer uses a fairly broad spectrum of hip-hop vernacular with a German accent, to comedic effect. “Ve just dropped it like it’s hot,” he says, before throwing a gang sign of sorts and claiming “V-Dub, representing Deutschland.”

I do not recall that anyone was offended by this. The argument for offense here, however, is at least as sound as yours. Shouldn’t we take offense that white Europeans are appropriating hip-hop terminology? If Jamaicans are using a “black accent,” why did no one address the appropriation of “black culture” in this case?

For the record, I thought those commercials were funny, too. Especially the one with the trebuchet. Hip-hop culture is at least as diverse as West Indian culture, but many people incorrectly presume that it is the exclusive province of black Americans.

In any event, I’d suggest respectfully that you remove the phrase “black accent” from your vocabulary. You’re the media expert, but I can’t imagine that’s playing awfully well to a black demographic. It certainly offended me, not that this letter is about conflating one person’s wounded feelings to an entire group of people.

I hope you’ll leave me a note in the comments; I’d really enjoy hearing from you. In the meantime, it is my ardent hope that Volkswagen airs that commercial on Sunday. 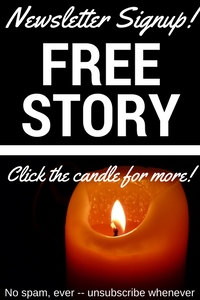